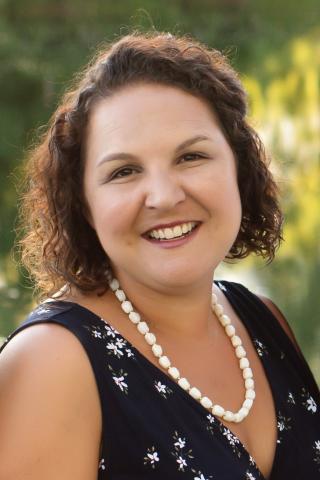 I have been working in early childhood education for seventeen years. I switched from a psychology major to education as a freshman after my initial psychology course. I decided I wanted to be a part of the daily interaction that can positively impact people's lives and what better way to do that than education. Once I changed majors it was an easy decision to focus on the youngest learners possible. The brain develops so rapidly; I wanted to be a part of positive interactions from early on in a child's life.

My work in Oshkosh allows me the luxury of working with our community's youngest learners (and the amazing staff and families who teach them) through universal preschool and early childhood special education. We use a community collaborative approach for universal preschool in Oshkosh that requires we build a school community with virtual walls as we span the entire city of Oshkosh.

In my leadership role, I've focused on building a strong school family deeply rooted in the work of Conscious Discipline. Conscious Discipline uses a brain state model focused on children and adults recognizing and responding to internal brain states and the brain states of others using powers and skills that align so we can all be in our executive state as frequently as possible – optimal for teaching and learning. This is an approach that is adults-first and leadership-driven.

I've built my leadership around the core concepts of providing safety, connection, and problem-solving for all, along with the belief that all behavior is a form of communication. Leading with Conscious Discipline has allowed our team to be introspective of our deeply rooted beliefs and start to reframe them in healthier ways, this has been particularly helpful as we reflect on our role in disrupting systemic inequities occurring within the educational system. We see behavior as an opportunity to teach and conflict as an opportunity to problem solve. Our work with Conscious Discipline has led to a tight-knit school family despite our geographic dispersity. The culture we've developed has allowed us to think outside of the box and solve problems more creatively, meeting the needs of more diverse learners and their families than we would have otherwise been able to.

This past summer I had the opportunity to share with other administrators across the country the concepts and ideas built on what we do in Oshkosh Early Learning that creates a culture of willingness and safety and contributes to a strong school family.

I'm most proud to lead the insanely talented group of early childhood educators who are part of Oshkosh Early Learning. The school family we've co-created is built on unity and the idea that collectively we're better. We have had several staff who have left for different positions but chose to come back because their experience elsewhere didn't provide the same level of safety, connection, and unity. Recognizing that the work we do matters and sets a positive tone for children and families as they enter the public school system in Oshkosh is an honor and responsibility I'm proud to be a part of.

Most people do not realize the amount of our brain that early childhood educators lend to children throughout the day. The younger the child, the more skills you need to lend. While we enjoy our job educating young children, well-meaning comments like "Oh that sounds like so much fun!" when folks find out what we do for a living can downplay the cognitive load our early childhood educators engage in all day.

I have two big hopes for the future. My first hope is that as American people we can recognize our early childhood educators for the critical role they play in the development of the next generation and allow funding streams to flow more liberally to support the early childhood education professionals engaged in this specialized neurodevelopmental work. My second hope is that the children we are educating have a different set of tools, strategies, and internal messages that play when the world doesn't go their way or things get hard. I believe our children truly can and will change the world if we allow them the time and space to develop the necessary social and emotional skills to do so.