Not living in Milwaukee County?

See the information for other Wisconsin counties 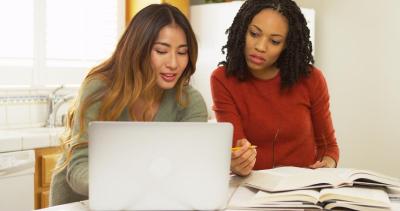 In 1993, the American Civil Liberties Union (ACLU) Children's  Rights Project (now Children's Rights, Inc.) filed an action in the Federal District Court for the Eastern District of Wisconsin on behalf of an estimated class of approximately 5,000 children who were receiving, or should have been receiving, child welfare services in Milwaukee County. The Milwaukee County Executive, the Director of Milwaukee County Human Services Division, the Governor, and the Secretary of the Department of Health and Social Services (now DHFS) were named as defendants.

The complaint was a broad-based challenge to the administration of the Milwaukee County child welfare system, alleging that the county, among other things, failed to investigate complaints of abuse and neglect, failed to provide services to avoid unnecessary out-of-home placements, failed to provide appropriate out-of-home placements, and failed to terminate parental rights and secure permanent placements for children who could not be returned to their birth families. The complaint alleged that the state failed to adequately supervise and fund the Milwaukee County system.

After the enactment of 1995 Wisconsin Act 27, the parties to the lawsuit entered into settlement negotiations based on the possibility that the state would be assuming responsibility for child welfare services in Milwaukee County. Negotiations broke down in February 1996, and the parties were prepared to go to trial. However, the Court dismissed much of the lawsuit in January 1998. This dismissal was partially based on grounds that the state?s assumption of child welfare services in Milwaukee County made much of the case moot but also that, for many of the plaintiffs? allegations, federal law does not create privately enforceable rights. Privately enforceable rights are rights that give an individual the right to sue in order to have the government comply with provisions in law. Therefore, the Court found that the plaintiffs had no standing.

The portion of the case that remained outstanding related to alleged violations of the federal Adoption Assistance and Child Welfare Act, (AACWA), which requires states to provide a written permanency plan for every child in foster care and for a periodic review of those permanency plans. The Court found that this federal requirement does create a privately enforceable right for the creation and periodic review of a permanency plan, but not for actual implementation of the plan. The Court said that on this basis, the plaintiffs were entitled to further hearings and a possible trial to enforce this right.